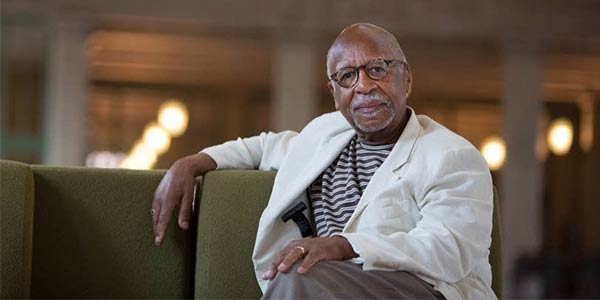 “Whatever you can do or dream you can, begin it. Boldness has genius, power and magic in it.”

In 2015, the Commissioner of the Minnesota Department of Transportation and the mayor of the city of Saint Paul attended a Rondo Community Healing and Reconciliation Ceremony. At that ceremony, they offered formal apologies to the community for the harm their decisions caused by the construction of Interstate 94. They pledged that such a “monstrosity could not and would not ever be created again.” Chris Coleman, former Mayor of St. Paul said, “Today we acknowledge the sins of our past. We regret the stain of racism that allowed so callous a decision as the one that led to families being dragged from their homes, creating a diaspora of the African American community in the city of Saint Paul.” These acknowledgments have been followed up with significant deeds and serious commitments to work with the Rondo community to lessen the harm and undo the consequences. Backed by the principles of restorative development, ReConnect Rondo is driven by the bold dream of an African American cultural enterprise district connected by a community land bridge.

This is a big project with enormous upsides for righting these wrongs. It’s a substantive way of undoing some of the damage that was caused, while at the same time providing an innovative pathway to restore what was lost. Together, we can bring closure to the past and set up a prosperous future to Rondo, its residents and the city of Saint Paul. To be successful, however, a number of factors must be present. First and foremost, there needs to be a foundation of trust among all who support or represent this restorative movement. That includes government agencies, organizations, neighborhood groups, consultants and staff. We need to resolve the complicated issues and interests involved with the vast number of players. There must be an honest and unwavering allegiance to the idea that when the community speaks, the parties on the other side will listen. Those parties need to welcome the unprecedented opportunity to find answers outside the box and pinpoint remedies beyond traditional outlines.

With the interest of the Rondo community uppermost in mind, we can make this dream happen. We can undo some of the damage caused, while at the same time providing an innovative pathway to restore what was lost. We can bring closure to the past while setting up a prosperous future to Rondo, its residents and the city of Saint Paul. This is a once in a generation opportunity. It’s the chance to create real change in the social, economic, cultural, educational, environmental and historical accuracy of a community lost or destroyed by adverse government action. I can’t imagine a more important task to undertake.

Building a bridge to better

Rondo was once a thriving African American neighborhood bustling with promise and prosperity. That all changed when the construction of I-94 ripped through the community. Lives were shattered. Homes were destroyed. Businesses were lost. It was an egregious injustice that should never have happened.

ReConnect Rondo was born out of the desire to make up for that fateful decision in the 50s and 60s. Today, we’re leading a restorative movement for equitable development success. With the help of leaders, stakeholders and volunteers, we’re bringing promise and prosperity back to Rondo with an African American cultural enterprise district connected by a community land bridge.

Our mission is to lead the effort to revitalize the Rondo community with a land bridge that reconnects Rondo and reignites a vibrant African American cultural enterprise district in Saint Paul. Our plan is to connect Minnesota leaders, equity organizations and the Rondo community to ensure a better, brighter and more equitable future. Our efforts will help: 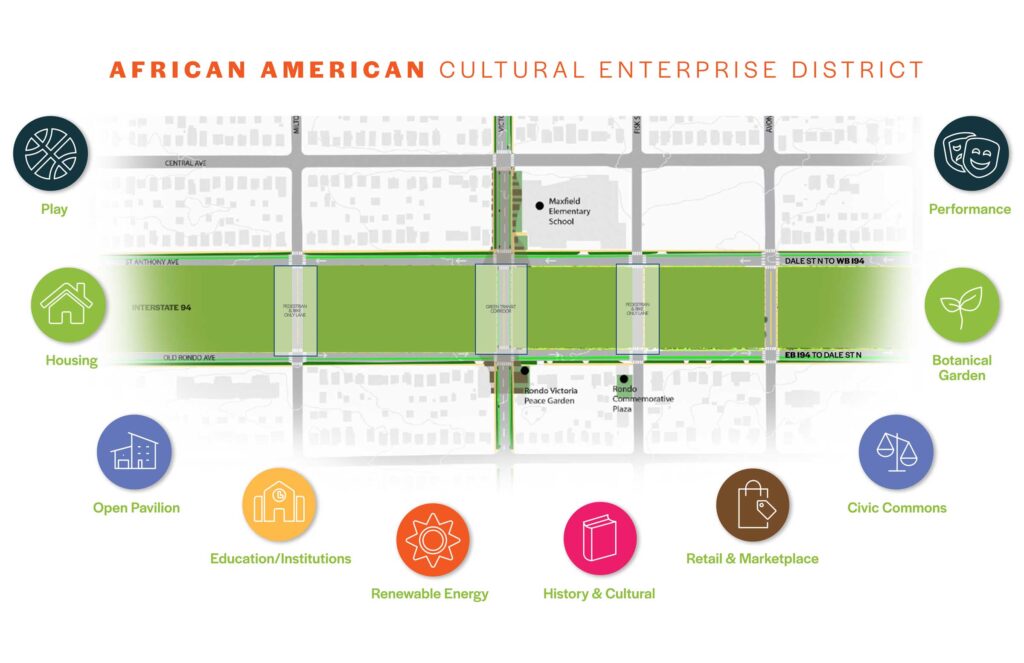 National coverage of the Rondo land bridge project has dramatically increased. As a result, ReConnect Rondo is being watched for its potential as a national model for equitable development success. The model serves as a catalyst for creating an African American cultural enterprise district through use of equitable development principles, making the project both unique and press worthy. Feature articles over recent days have included The Progressive Magazine and the influential Streets Blog, a site reportedly followed closely by the new Secretary of Transportation Pete Buttigieg as well as transportation and urban policy experts nationwide. This exposure has ReConnect Rondo advocates cautiously optimistic about the prospect of federal funding to match regional dollars. In a strong national shift in policies, President Biden is betting on Buttigieg to drive a new era of racial equity through transportation policies, according to Politico and other national news sources. Visit the NEWS page for the latest press coverage, including the Star Tribune article endorsing this project. 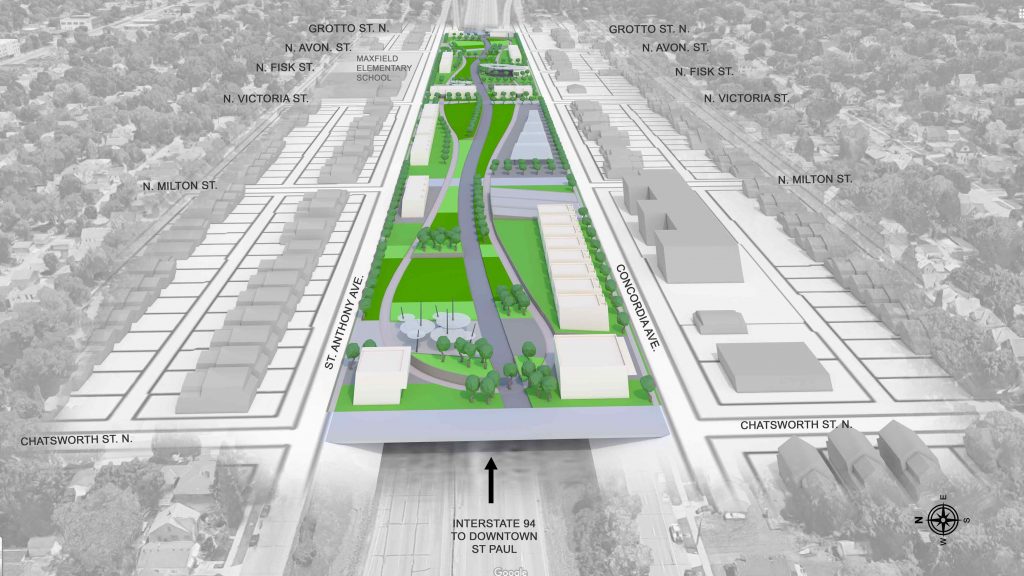 Progress has definitely been made

Two bills in support of the land bridge project have been drafted, co-sponsored and introduced. Scores of volunteers are dedicated to making ReConnect Rondo’s mission a reality. Transportation professionals, lawyers, lobbyists, public servants, PR and social media volunteers and community engagement activists are all singularly focused on creating a successful pathway forward. There are many ways you can get involved in this restorative movement: 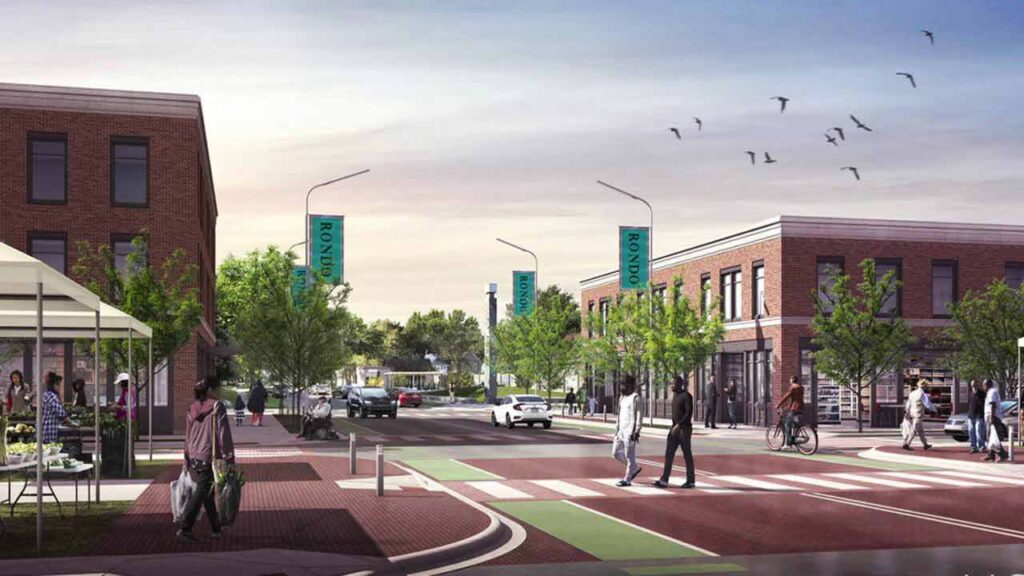 There is still much to do

Yes we’ve come a long way, but we still have our work cut out for us.

For a second time this session, leaders and advocates of ReConnect Rondo have testified at the Minnesota state legislature. Two hearings before the MN House Transportation Policy & Finance Committee resulted in two subsequent bills being drafted, co-sponsored and introduced. The first hearing began with a moving testimony from Mayor Melvin Carter, telling the devastating impact his family endured from the construction of I-94.

The second hearing included impassioned pleas from Rep. Richardson, Board Chair Marvin Anderson and Executive Director Keith Baker for HF 2169. The first bill will support project predevelopment funding. Passing of the $6.2 million bill will be the start of righting the historical wrongs of past transportation decisions while reclaiming Rondo as an African American cultural enterprise district connected by a community land bridge.

The second bill has the potential to provide staging for bonds that support construction of the Rondo land bridge. The state’s legislative bonding cycle takes place in the 2022 session, however legislation must be introduced this year to slot the project for funding. As noted in the Rondo Land Bridge Feasibility Study, the project amount is being capped at up to $458.9 million. The Biden Administration’s recent infrastructure plan directs $20 billion for reconnecting communities of color negatively impacted by previous interstate highway construction. Transportation Secretary Pete Buttigieg vows to use transportation as the means to right these wrongs. This makes a strong case for federal dollars to support ReConnect Rondo’s African American cultural enterprise district connected by a community land bridge.

Collaboration is at our very core

We’re thankful for the leaders, partners and organizations who have contributed their time, talent and passion to this restorative movement. In this issue, we’d like to introduce you to the Rondo Roundtable and our executive director, Keith Baker. We’d also like to share some words of wisdom from Mary K. Boyd, a ReConnect Rondo board director.

A word from Mary K. Boyd

This restorative movement means the world to me. It means that the work of the elders, who fought so hard to keep I-94 out and the Rondo community intact, was not forgotten or will not be in vain. Apologies from former Commissioner of Transportation, Charlie Zelle and former Mayor of Saint Paul, Chris Coleman demonstrates a commitment to include community residents’ voices in future transportation decisions. This restorative movement means we can restore, recapture, rebuild and reclaim opportunities in which future generations of African Americans can invest and benefit.

An African American cultural enterprise district connected by a community land bridge will take a lot of work, in many areas, by many different people, from a wide variety of systems. Public systems as well as private business organizations must have the will to make this project a reality. They must be willing to work with the family systems in our community. But since the Black community has had little to no positive relationships with these systems, trust is lacking.

Although ReConnect Rondo represents the community, there are residents and kin who know little to nothing about Rondo. They don’t know about its history, legacy and why this restorative movement is so meaningful. Bottom line, we need everyone involved. Schools should include the study of Rondo in their curriculums. Information should be made available to all levels of comprehension and include the ask, “Where do you see yourself helping?” The plan could be portrayed in song, spoken word, visual art, rap, dance, etc. 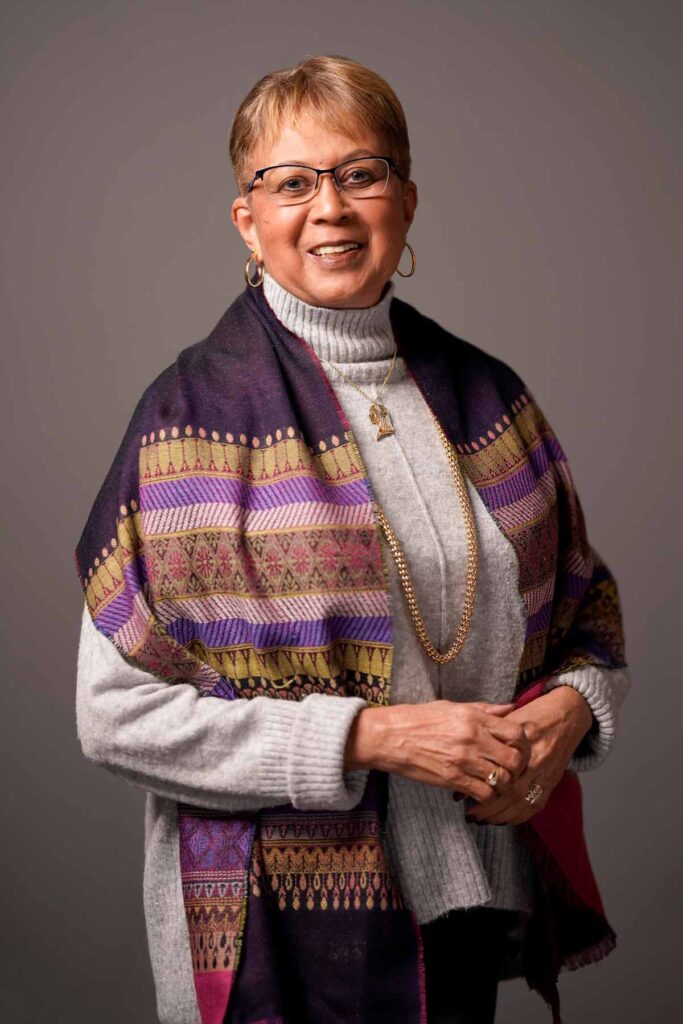 I’m excited about Rondo’s future for many reasons. We will have a revitalized, self-sustaining community where people take pride in ownership of homes and businesses. We’ll have a place where neighbors look out for each other. We’ll see the dream becoming a long overdue and long-awaited reality. Rondo will have its pride restored.

The Rondo Roundtable was created to further the preservation of Rondo’s art and culture, which support the establishment of the African American cultural enterprise district connected to the land bridge. 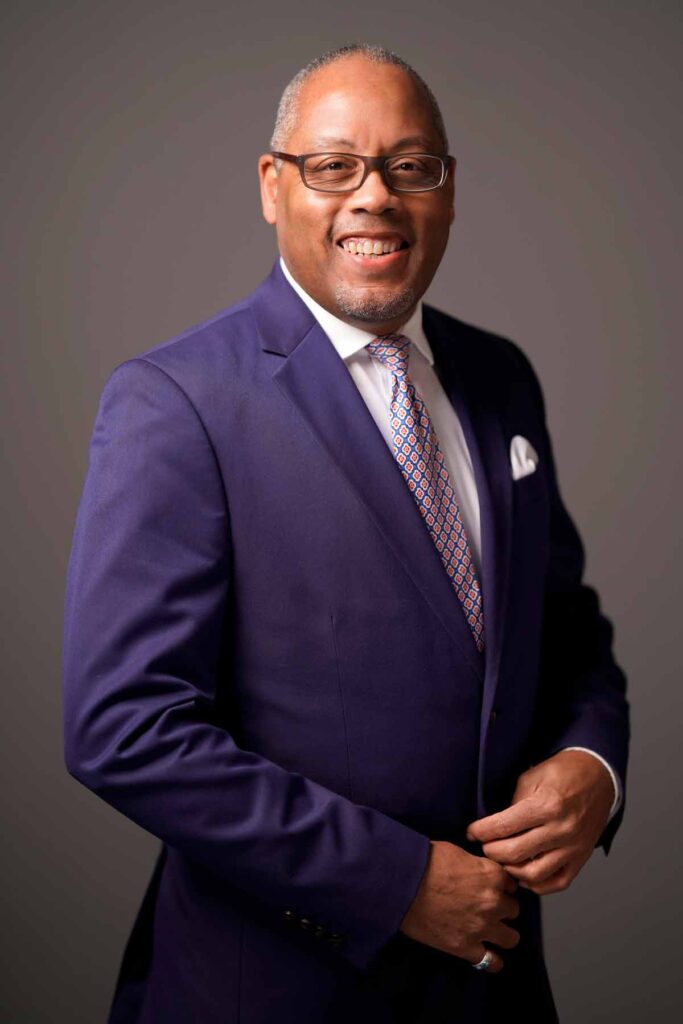 With his experience in transportation, private sector businesses and equitable development activism, Keith is well suited to lead ReConnect Rondo’s restorative movement. In addition to spending 18 years with the Minnesota Department of Transportation, he served as a member of the Ramsey County Blue Ribbon Commission created to examine racial unemployment disparities and elevate Minnesota’s ranking as 50th in the nation for racial disparities. That was followed by his role in the successful orchestration of a collective impact approach that ensured equitable inclusion of minority- and women-owned engineering and architect firms on the billion-dollar U.S. Bank Stadium project. Keith is well known and respected for connecting people to opportunities. That will serve him well in his role as executive director for ReConnect Rondo. To learn more about Keith and other ReConnect Rondo leaders, visit the LEADERSHIP page.

Together, we will create an African American cultural enterprise district connected by a community land bridge.​